Autoclaves, the devices used to sterilize medical tools in hospitals, clinics, and doctors’ and dentists’ offices, require a steady supply of pressurized steam at a temperature of about 125 degrees Celsius. This is usually provided by electrical or fuel-powered boilers, but in many rural areas, especially in the developing world, power can be unreliable or unavailable, and fuel is expensive.

Now, a team of researchers at MIT and the Indian Institute of Technology has come up with a way to generate the needed steam passively, using just the power of sunlight, with no need for fuel or electricity. The device, which would require a solar collector of about 2 square meters (or yards) to power a typical small-clinic autoclave, could maintain safe, sterile equipment at low cost in remote locations. A prototype was successfully tested in Mumbai, India.

The system is described today in the journal Joule, in a paper by MIT graduate student Lin Zhao, MIT Professor Evelyn Wang, MIT Professor Gang Chen, and 10 others at MIT and IIT Bombay. 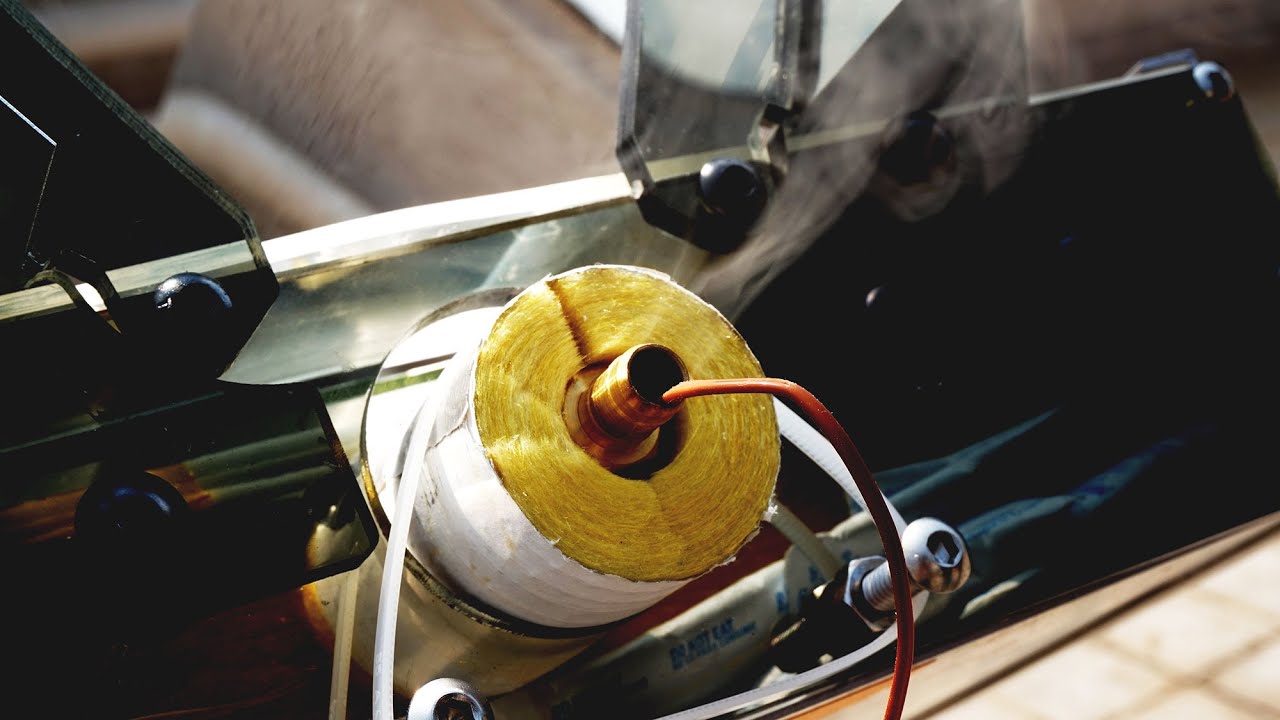 The key to the new system is the use of optically transparent aerogel, a material developed over the last few years by Wang and her collaborators. The material is essentially a lightweight foam made of silica, the material of beach sand, and consists mostly of air. Light as it is, the material provides effective thermal insulation, reducing the rate of heat loss by tenfold.

This transparent insulating material is bonded onto the top of what is essentially off-the-shelf equipment for producing solar hot water, which consists of a copper plate with a heat-absorbing black coating, bonded to a set of pipes on the underside. As the sun heats the plate, water flowing through the pipes underneath picks up that heat. But with the addition of the transparent insulating layer on top, plus polished aluminum mirrors on each side of the plate to direct extra sunlight at the plate, the system can generate high-temperature steam instead of just hot water. The system uses gravity to feed water from a tank into the plate; the steam then rises to the top of the enclosure and is fed out through another pipe, which carries the pressurized steam to the autoclave. A steady supply of steam must be maintained for 30 minutes to achieve proper sterilization.

Since much of the developing world faces limited availability of reliable electricity or affordable fuel, “we saw this as an opportunity to think about how we can potentially create a low-cost, passive, solar-driven system to generate steam, at the conditions that are necessary for autoclaving or for medical sterilization,” explains Wang, who is the Gail E. Kendall Professor of Mechanical Engineering and head of the mechanical engineering department.

Being able to test the system in Mumbai was a bonus, she says, because of the city’s “relevance and importance” as the type of location that might benefit from such low-cost steam-generation equipment.

In the Mumbai tests, even though the sky was hazy and cloudy, providing only 70 percent insolation compared to a sunny day, the device succeeded in producing the saturated steam needed for sterilization for the required half hour period.

The test was carried out with a small-scale unit, only about a quarter of a square meter, about the size of a hand towel, but it showed that the steam production rate was sufficient that a similar unit of somewhere between 1 and 3 square meters would be sufficient to power a benchtop autoclave of the kind typically used in a doctor’s office, Zhao says.

The main limiting factor for practical deployment of such devices is the availability of the aerogel material. One company, founded by Elise Strobach PhD ’20, who is a co-author of this paper, is already attempting to scale up the production of transparent aerogel, for use in high thermal efficiency windows. But so far the material is only produced in small amounts using relatively expensive laboratory-grade supercritical drying equipment, so widespread adoption of such a sterilization system is likely still a few years off, the researchers say.

Since the other components, except for the aerogel itself, are already widely available at low cost throughout the developing world, fabrication and maintenance of such systems may ultimately be practical in the areas where they would be used. The parts needed for the quarter-square-meter prototype came to less than $40, Zhao says, so a system sufficient for a typical small autoclave would be likely to cost $160 or so, once the necessary aerogel material becomes commercialized. “If we can get the supply of aerogel, the whole thing can be built locally, with local suppliers,” he says.

The process could also be used for a variety of other purposes, the team says. For example, many food and beverage processing systems rely on high-temperature steam, which is typically provided by fossil-fuel powered boilers. Passive solar-powered systems to deliver that steam would eliminate the fuel costs, and so could be an attractive option in many industries, they say.

Ultimately, such systems should be much more cost-effective than systems that concentrate sunlight by tenfold or more to generate steam, because those require expensive mirrors and mountings, as opposed to the simplicity of this aerogel-based approach.

“This is a significant advance,” says Ravi Prasher, a professor of mechanical engineering at the University of California at Berkeley and an associate director at Lawrence Berkeley National Laboratory, who was not involved in this work. “Generating high-temperature steam with high energy efficiency has been a challenge. Here the authors have achieved both.”

“The quality of the research is very high,” Prasher adds. “Access to passive sterilization techniques for low-income communities who do not have access to reliable electricity is a big deal. Therefore, the passive solar device developed by the MIT team is very significant in that regard.”

Article reposted from MIT News. Original can be found here.