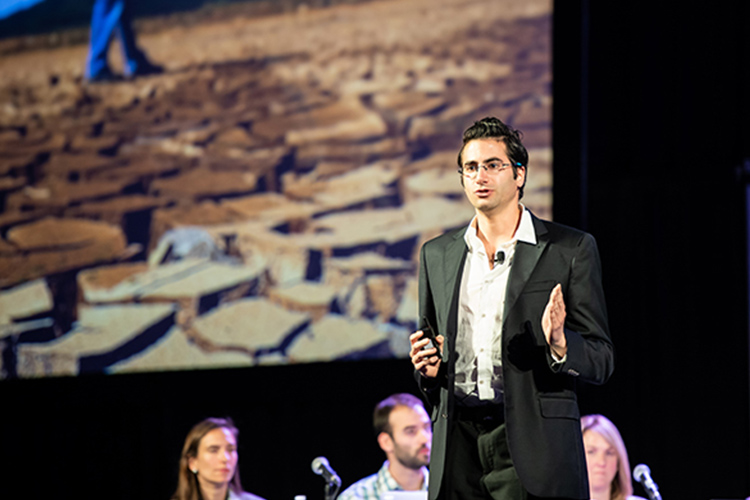 Infinite Cooling took the grand prize at the May 14 MIT $100K Launch competition. The company’s patent-pending product uses electrical fields to recapture up to 80 percent of the water vapor that escapes from a power plant’s cooling towers, allowing the water to be reused in the cooling process.

A 250-megawatt power plant uses as much water in a year as 100,000 residential users and has $5 million in annual water sourcing and treatment costs. Reusing escaping water vapor could save $1 million for that plant and reduce water consumption by at least 20 percent.

“Four thousand children die every day due to a lack of clean water,” Damak said. “We believe we can have a profound impact on the global water crisis. We see this as a new standard for best water practices.”

Thirty-four teams were chosen out of 150 applications across all MIT departments. Those teams were given $1,000 stipends and access to mentors as business plans were revised and presentations were honed. Two weeks ago, in a private judging session, eight finalists were selected and given $10,000 stipends.

The Launch prize is the latest startup competition win for Infinite Cooling, which is an alum of MIT’s delta v startup accelerator program. The wins include last summer’s Cleantech University Prize and this spring’s Rice Business Plan Competition, where the company took home two prizes totaling $400,000.

Infinite Cooling is planning for a seed round by the end of the year and a Series A in 2020, Damak said. The company also plans to examine use cases beyond power plants to refineries and chemical plants, he said. Infinite Cooling’s co-founders include MIT grad Karim Khalil, ’14, and MIT Associate Professor of Mechanical Engineering Kripa Varanasi, who also serves as the Chairman of the company.