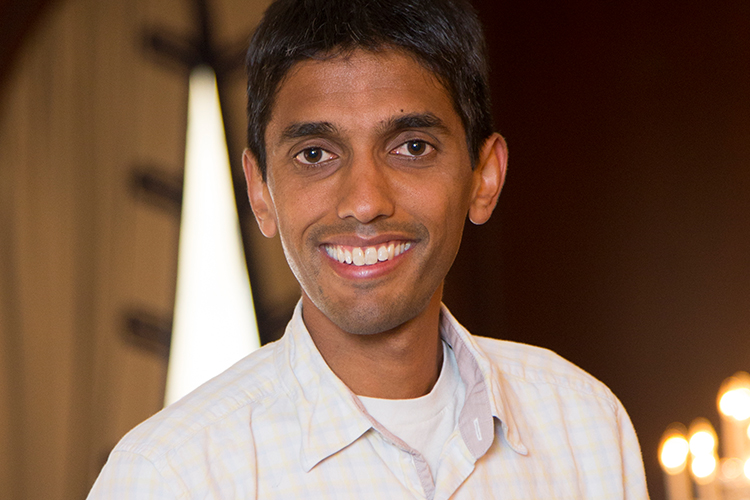 On Wednesday, April 18, 2018, MIT alum and Digital Green Executive Director and Co-founder Rikin Gandhi, gave a talk at the weekly Tata seminar as part of the 2018 Speaker Series.

Rikin walked the fellows through how he went from almost starting his astronaut training at Huntsville, Alabama to working with local and state level governments in India and Africa to help smallholder farmers boost yield and increase returns. Gandhi’s Digital Green, set up in 2008, helps farmers by providing them access to information to boost production, as well as access to markets to help them earn more for their produce.

Stressing the need to integrate technology into the agricultural development business model to reduce costs and enhance effectiveness, Gandhi’s story struck a chord with Fellows working in the agricultural sector in India and the developing world.

Rikin Gandhi is co-founder and executive director of Digital Green, a global development organization that empowers 1.5 million smallholder farmers across South Asia and Sub-Saharan Africa to lift themselves out of poverty by harnessing the collective power of technology and grassroots-level partnerships. He began his career at Oracle, where he received patents for linguistic search algorithms that he helped develop. Later, he joined Microsoft Research India’s Technology for Emerging Markets team, where he researched ways to amplify the effectiveness of agricultural development globally. While traveling around India’s rural communities, Gandhi developed a passion for helping the country’s rural farmers. That passion then became his career: in 2006, he co-founded what Digital Green. Gandhi holds an MS in aeronautical and astronautical engineering from Massachusetts Institute of Technology, and a BS in computer science from Carnegie Mellon University.