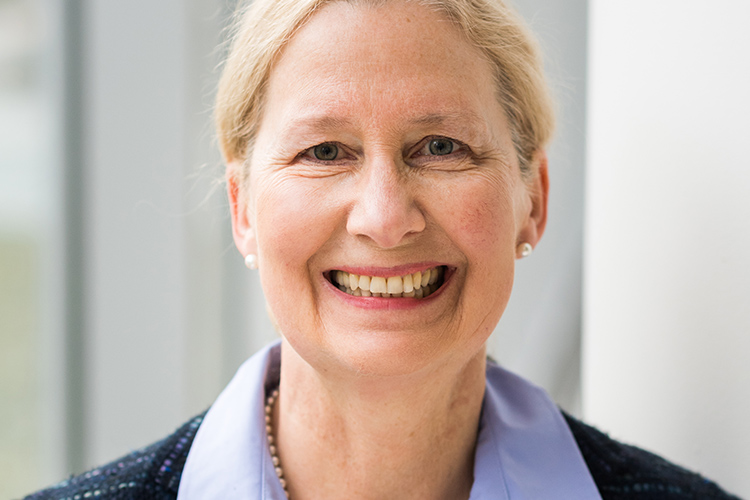 Accomplished scientist and MIT alumna returns to fill a new role at the Tata Center.

“Coming back to MIT is like coming home,” Rigos said. “It’s an exciting time to join the Tata Center, as we’re building strong relationships with collaborators and translating our projects from the academic setting to the world at large. For me, this is a great opportunity to be a part of a program that is using MIT innovation and entrepreneurship to tackle global challenges affecting millions of people.”

Rigos joins the Tata Center leadership team alongside Robert Stoner, Director, and Chintan Vaishnav, Academic Director. Founded in 2012, the Tata Center’s mission is to create appropriate, sustainable solutions that can have a large-scale positive impact on communities in the developing world.

With 40 active projects in the developing world, the Center has more than 50 affiliated faculty members and 60 graduate student Tata Fellows, drawn from all five schools at MIT.

“We are thrilled to have Diane at the Tata Center,” said Stoner. “Her wealth of experience as a scientist, teacher, and administrator will be crucial as we build on the strong foundation of the Center’s first four years. I look forward to working with her to support our outstanding faculty and students.”

Rigos was raised in Europe, the Middle East, and Africa. She came to the United States to study at Cornell University and MIT and has worked in Germany, France, and Japan.

She began her career as a Principal Scientist at Physical Sciences Inc., where she worked on defense and energy contracts. She then moved on to an academic position as Assistant and then Associate Professor of Chemistry and Biochemistry at Merrimack College, where she has served as President of the Faculty Senate, chair of her department, Director of Women’s Studies, and Associate Director of the National Microscale Chemistry Center.

She has taught courses in chemistry, women in science, and sustainable energy at the undergraduate level as well as science and energy policy at the graduate level. Her areas of research have included corrosion studies of supercritical water oxidation reactors used to destroy military toxic waste, Brownian dynamics simulations of order-disorder transitions in sheared colloidal suspensions, modeling of diffusion controlled reactions and conformational interconversion in protein crystals.

Rigos has been a visiting scientist at the Massachusetts Institute of Technology, Harvard University, and Northeastern University. She volunteers in startup accelerators, as an industry mentor in Cleantech Open, and as an industry champion at MassChallenge.