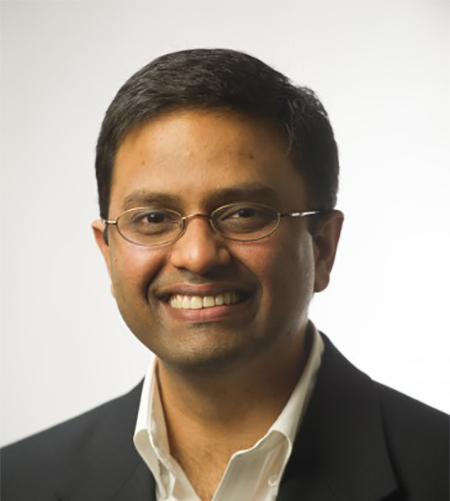 Dr. Varanasi received his M.S. and Ph.D. degrees in MechE from MIT in 2002 and 2004 and his M.S. in EECS from MIT in 2002. Prior to joining MIT, Dr. Varanasi was a lead researcher and project leader at the GE Global Research Center. The primary focus of his research is in the development of nano-engineered surface, interface, and coating technologies that can dramatically enhance performance in energy, water, agriculture, transportation, medical, and consumer devices. Dr. Varanasi has received numerous awards for his work including NSF Career and DARPA Young Faculty Award. Dr. Varanasi has co-founded two startups, LiquiGlide in 2012 to commercialize super-slippery coatings, then featured in Time and Forbes magazines. This year he co-founded DropWise, to commercialize an advanced coating material that increases efficiency in power plant desalinization and refrigeration systems. DropWise was a Gold Winner at the 2014 MassChallenge Accelerator Program Awards.