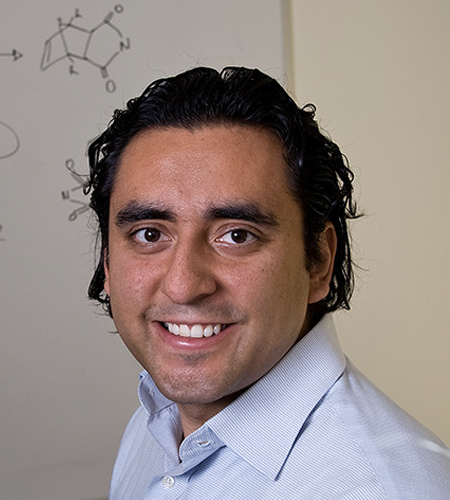 Professor Yuriy Román is from Mexico City, Mexico. He earned his B.S.E. in Chemical Engineering from the University of Pennsylvania in 2002. After working in industry for a year, Prof. Román moved to Madison, WI to pursue graduate studies.  He received his Ph.D. in Chemical and Biological Engineering from the University of Wisconsin-Madison in 2008, working under the supervision of Professor James A. Dumesic.  His thesis work involved the catalytic conversion of carbohydrates obtained from lignocellulosic biomass into chemical intermediates used for the production of biofuels and biomaterials. He then moved to the California Institute of Technology to do postdoctoral research in the synthesis and characterization of microporous and mesoporous materials in the group of Professor Mark E. Davis. There, he investigated the synthesis and implementation of microporous Lewis and Brønsted solid acids for the isomerization of carbohydrates and production of acetic acid from methanol.