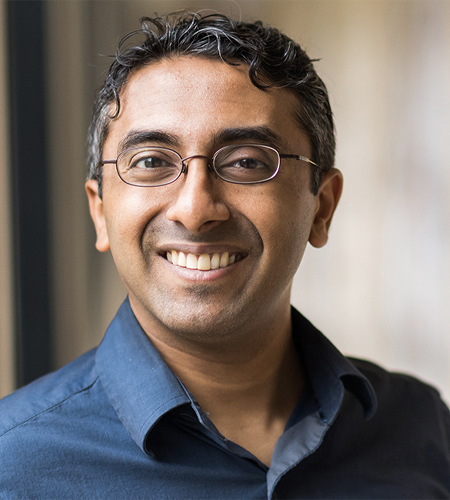 Yogesh (Yogi) Surendranath is the Paul M. Cook Career Development AssociateProfessor of Chemistry at the Massachusetts Institute of Technology. He holds dual bachelor’s degrees in chemistry and physics from the University of Virginia and a PhD in inorganic chemistry from MIT.His research group aims to use renewable electricity to rearrange chemical bonds by controlling interfacial reactivity at the molecular level. Professor Surendranath has authored over 50 publications and is the recipient of young investigator awards from the NSF, DOE, Air Force, and Toyota. He is also a Sloan Foundation Fellow and Cottrell Scholar.

One in nine people on the planet lack access to safe drinking water and three in nine lack access to adequate sanitation leading to more than 3.5 million deaths each year. Water quality and sanitation can be significantly improved in resource-constrained locations such as rural India by developing distributed technologies for generating hydrogen peroxide, a potent clean oxidant that is ideal for water purification, waste water treatment, and broad-spectrum sanitation. The Surendranath Group is developing a new portable technology that uses solar or wind electricity to generating hydrogen peroxide from water and air. The Group is actively collaborating with Prof. Alan Hatton (MIT Chemical Engineering) to advance the technology to the prototype stage on an aggressive timeline.